First Christian Church enjoys a long and illustrious history. Beginning with twelve faithful worshippers in 1840, Samuel S. Pepper and Thomas Goodman organized what came to be known as the Church of Christ and began meeting in the Coles County Courthouse. Records show that in 1856 Alexander Campbell, an early leader in the Disciples of Christ preached at First Christian. But perhaps the most influential revivalist to impact the church was Billy Sunday in 1905. Records indicate massive numbers of people coming into the church in the early part of the twentieth century. It was during this era that the congregation grew to about 1,000. Of special note was the Men’s Bible Class, regularly attended by some 300 men. 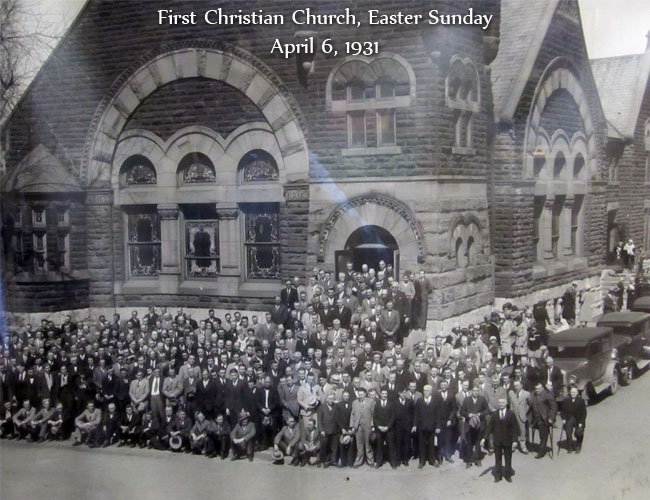